In his new role, Evershed will formulate and articulate Trioscope’s corporate strategy and trajectory, including corporate, project and slate financing, international co-production and business development.

Evershed advises several companies, including Chonky, Mellow Manor and ZikVid. He previously served as the CEO of Mondo Media, where he oversaw the channel’s formation on WarnerMedia’s SVOD platform VRV. He also produced originals for various networks, including Adult Swim, MTV, Syfy and IFC.

“John has been at the forefront of the burgeoning adult animation market,” said L.C. Crowley, CEO of Trioscope. “His ability to innovate and entrepreneurial expertise are key to our company’s expansion. He’s already planted a massive footprint in the industry, and we’re enthusiastic about the direction he’ll take our brand and business.”

Trioscope has also tapped Taylor Church, who joins as VP of production. She has been a longtime collaborator on Trioscope’s hybrid live-action/animation series The Liberator on Netflix. She also spent several years at the School of Humans, an Atlanta-based multi-platform production house, where she was at the helm of the podcast Hell and Gone.

“Taylor is an essential asset to the team,” said Brandon Barr, president of Trioscope. “She’s had a seat at the table from the jump through her integral work on our first series The Liberator.”

Jamie Stalcup is the associate editor of World Screen. She can be reached at jstalcup@worldscreen.com.
Previous Frndly TV Enters Agreement with A+E Networks
Next Hub Research: Streaming’s Advantage Grows 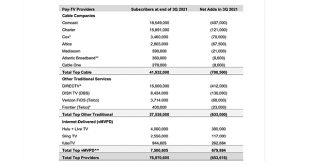