BEVERLY HILLS: Netflix will be the exclusive home for the new comedy series Unbreakable Kimmy Schmidt, co-created by Tina Fey and Robert Carlock, which was originally slated to premiere on NBC. Netflix picked up two seasons of the comedy, which stars Ellie Kemper (The Office) as a woman who escapes from a doomsday cult and starts life over in New … 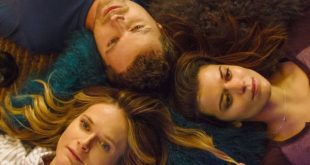 You Me Her & More Return to Audience Network in Fall Lineup

AT&T Audience Network has revealed its upcoming fall schedule, which will feature new seasons of returning series, as well as a new documentary.