MUNICH: Red Arrow International has appointed Shirley Bowers, who previously worked at National Geographic Channels, as its new VP of sales and acquisitions for North America.

Sara Alessi is the associate editor of World Screen. She can be reached at salessi@worldscreen.com.
Previous Curtis “50 Cent” Jackson Producing & Hosting Variety Show for A&E
Next More Premium Content Available Digitally in U.S. 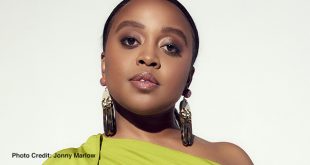