London-based Raw, an All3Media company, has promoted Oliver Calleja to the new role of senior VP of U.S. development.

Calleja has been heading up development since 2017. He has been responsible for multiple commissioned series, including Gold Rush: Dave Turin’s Lost Mine (Discovery) and Presidents at War (History) and is in active development with numerous networks, including CNN, Disney+, Discovery, Netflix, History and A&E.

In his new role, Calleja will continue to report to Raw’s U.S. creative director, Adam Hawkins.

“Olly has incredible instincts for what both the buyers and the audience will respond to,” said Hawkins. “He has amazing experience over multiple genres and is fantastic at creating anything from reality formats to documentaries to exciting new hybrids. He combines genuine creativity with industry savvy and has proven hugely successful at building on Raw’s core business while also pushing us into new areas as the industry continues to evolve.” 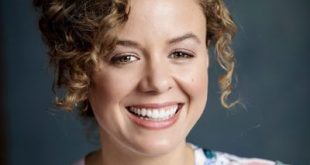