NORTH HOLLYWOOD: Pilgrim Studios has optioned the film and television rights for author Peter Duffy's nonfiction book Double Agent: The First Hero of World War II and How the FBI Outwitted and Destroyed a Nazi Spy Ring. The book tells the true story of William Sebold, a German-born American citizen who risked his life to … 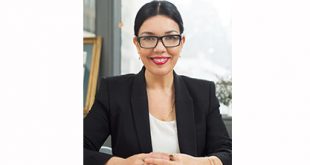 AMC Networks Entertainment Group President Sarah Barnett is stepping down from her position after September 7.