New GM of Creative for ole in L.A.

LOS ANGELES: ole has named Leo V. Williams IV as the company's Los Angeles-based general manager of creative. Williams will be charged with supervising ole's Los Angeles creative operations. He will directly report to Robert Ott, the company's chairman and CEO. In 1999, Williams began his career in music publishing when he was hired by …

The leading source of information for the international media business.
Previous MGM Content Heads to Comcast Digital Store
Next Moviefone to Now Include TV 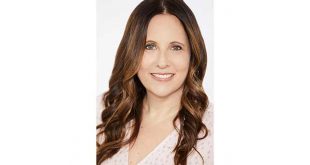