FOX Soccer Holds On to FA Rights Through 2017-18 Season

LOS ANGELES: FOX Soccer has renewed its deal for the exclusive media rights of the Football Association (FA) for six more years, through the 2017-18 soccer season. The multiplatform deal gives FOX Soccer the exclusive rights to all content from the FA in all languages for the U.S. and Caribbean. The deal includes the FA Cup …

The leading source of information for the international media business.
Next Netflix Gains The CW Content 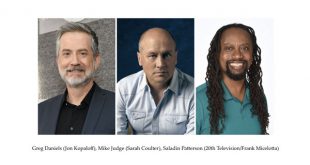 Hulu has given a series order for a revival of the animated hit King of the Hill, from 20th Television Animation.