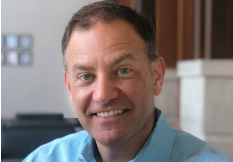 The entertainment network INSP has added to its programming department with the appointment of Ken Reiner as VP of content acquisitions.