The Golden Age of Factual


Ludo Dufour, senior VP of international co-productions and sales at Blue Ant International, talks to TV Real about how it could be the beginning of nonfiction and factual programming’s Golden Age.

This particular moment in the global content industry could mark the beginning of nonfiction and factual programming’s Golden Age, according to Dufour. “With more affordable price points, for equivalent—if not better—ratings, nonfiction provides a great return on investment for networks and streamers,” he says.

Selling best in factual these days are titles that can be enjoyed by the whole family, including natural-history programming that offers people an escape from the day-to-day and out to foreign lands, while easily appealing to audiences around the world. There’s also ongoing demand for both food and DIY content “as people continue to socially distance and work from home” and “look for inspiration to spice up their plates or improve their homes,” according to Dufour. What viewers, and consequently broadcasters, aren’t looking for right now are titles that tackle the ongoing coronavirus pandemic head-on.

“At first, viewers felt a lot of uncertainty and fear and wanted new information and programming directly related to COVID-19,” says Dufour. “But now we’re entering a phase in which audiences are looking at the world from a different angle and we’re starting to see an interest in factual series that explore what we are learning from the crisis and situations spurred by the pandemic.” Travel, cooking and dating shows that give a glimpse at what these things might look like post-COVID are all now attractive. “We’re interested in programming that will be more relevant to our audiences’ lives and will still be relevant in the future.”

Factual remains a good bet amid COVID, with the correlated decrease in consumer goods purchases, lower advertising revenues for broadcast and cable networks and programming budget cuts. This has opened a window of opportunity for factual producers to come up with new series that can appeal to viewers who are generally more keen on scripted fare, according to Dufour. “The dip in production budgets has positioned unscripted and factual programming as a safer bet to scripted series, especially since a lot of broadcasters invested heavily in scripted over the last decade, only to see their shows be discovered by viewers for the first time once they were released as a second window on streaming platforms.”

This shift to on-demand viewing has seen budgets for unscripted shows favor “larger-scale, premium production-value, award-worthy, highly-promotable and often talent-led productions to ensure that the very premise of the show is enough to entice viewers to sign up to a platform and click on a show.” And with SVOD platforms like Netflix, Disney+, HBO Max and CuriosityStream, and AVOD platforms such including Pluto TV, streamers have never played a bigger role in the factual industry.

While “many global SVOD streamers tend to scoop up all the rights when acquiring finished shows or financing originals with fewer rights to be monetized further down the line,” according to Dufour, AVODs aren’t currently commissioning as many originals and are focused on snapping up titles with the kind of brand recognition that can attract new users. “At launch, five or so years ago, the USP of [AVODs] was to help producers and distributors monetize their ‘long-tail’, but with large and broad audiences now adopting the model, bigger brands and more recent productions are now becoming available on the AVODs, who are in turn becoming an increasingly important part of the revenue generation process for any show,” says Dufour.

Not long after governments around the world put in place lockdown measures in an effort to curb the spread of COVID-19, Blue Ant International focused on finished projects ready for distribution or that were in post-production and just in need of gap financing. In the months since, the company adapted to launch COVID-compliant productions in countries with a better handle on the virus while recognizing that the health crisis is not yet over and will likely have further impacts on future productions for some time—and planning ahead for that reality.
“Going forward, our production partners are introducing new technology that can limit the number of people on a production shoot, such as using drones more and creating production-in-a-box kits that enable producers to self-shoot,” says Dufour. “We are also working with local teams who can shoot in international locations without the core producers having to travel or be there in person.”
Currently, Blue Ant International’s doc slate includes 9/11 Kids, which catches up with the young students who were in the classroom with former U.S. President George W. Bush on September 11th in the moments he learned that a second plane had attacked the World Trade Center. There’s also the three-part Ewan McGregor-narrated wildlife series Stormborn, as well as two additional new natural-history titles with celebrity narration: Wild Tales From the Farm with Hugh Bonneville and A Wild Year on Earth with Laura Carmichael. Documentaries about British royals and biographical films about the likes of Winston Churchill and series tackling technology, construction and science for kids also populate the company’s catalog.

From a distribution perspective, Dufour says, “while the volume of productions delivering over the coming months will certainly decrease, the content desert we are sometimes reading about is far from the current reality. There is still enough content on the market for brands to remain true to their editorial line while being able to be selective with their programming choices.”

Chelsea Regan is the associate editor of World Screen. She can be reached at [email protected]
Previous Gusto TV Launches on OneHubTV
Next Really Orders Cornwall Air 999 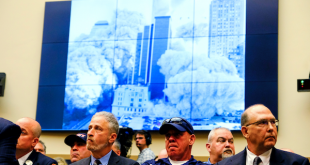 Blue Ant International Takes Rights to No Responders Left Behind 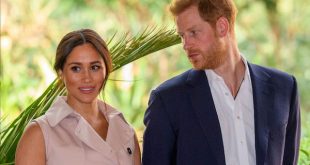 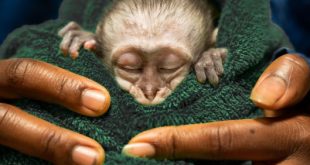 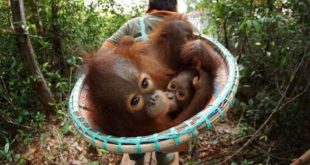 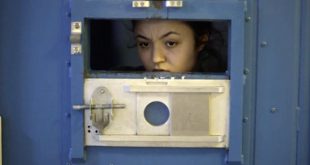 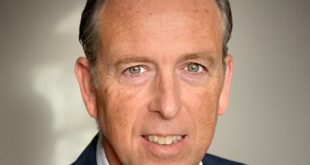