Zee Entertainment Enterprises has appointed Rajeev Kheror as president of Z Living, with Rafe Oller, who has served as CEO and general manager of the network since 2015, leaving to pursue a new venture.

Sara Alessi is the associate editor of World Screen. She can be reached at salessi@worldscreen.com.
Previous Video Interview with Travel Time with Linda’s Linda Cooper
Next Netflix Lines Up Docuseries from Alex Gibney & Zero Point Zero 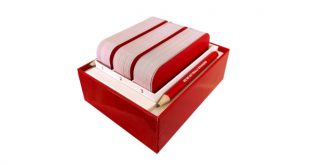 Steel Springs Pictures to Develop Slate Based on Card Game

Steel Springs Pictures has partnered with the creators of the card game We’re Not Really Strangers to produce an exclusive slate of projects and formats that expand the brand.