Jennifer Gatien, former head of production at WAM Media, has been appointed head of factual television and producer at Pixcom.

With nearly two decades of experience in the industry as a producer, line producer and production manager, Gatien was most recently executive producer on the CBC true-crime series The Detectives.

Gatien said: “My previous years at Pixcom were some of the fondest of my career. To be returning is an honor, and I am excited to get started in this new role.”

Nicola Merola, president of Pixcom, said: “I am so thrilled to have Jennifer coming back to the Pixcom team in this new managing role. Together, and with the creative talent we have here, I know that strong and fun projects will be unleashed on the world. Watch out!”

Chelsea Regan is the managing editor of World Screen. She can be reached at cregan@worldscreen.com.
Previous WaterBear, Off the Fence & WWF Launch Storytelling Initiative
Next HBO Max Orders Lisa Ling-Led Asian Restaurant Doc 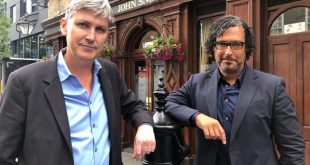