FOX Entertainment has acquired TMZ and all of its branded linear, digital and experiential assets from WarnerMedia.

Per the agreement, FOX will own and operate all TMZ properties, including its syndicated magazine programs, TMZ and TMZ Live, which air on 18 network affiliates owned by FOX Television Stations. It has also picked up the TMZ Sports website and program TMZ Sports, which airs on FS1, as well as celebrity tour operations in Los Angeles and New York.

TMZ has already produced several specials for FOX Entertainment, including Harry & Meghan: The Royals in Crisis, Tiger King: What Really Went Down and UFOs: The Pentagon Proof, which are all currently available on Tubi.

Lachlan Murdoch, executive chairman and CEO of Fox Corporation, said: “The unique and powerful brand Harvey has created in TMZ has forever changed the entertainment industry, and we’re excited to welcome them to FOX. TMZ has been an impactful program for our FOX television stations and broadcast partners for many years, and I know Jack Abernethy and Charlie Collier will find creative ways to utilize and expand this content in effective and compelling ways for our audiences.”

Charlie Collier, CEO of FOX Entertainment, said: “When I see a breaking celebrity-related story that is equal parts shocking, fun and addictive, I know it’s TMZ. Whether via broadcast or digital, TMZ has brought its brand-defining energy and sense of urgency to fans across the planet. We see great potential in building upon this franchise by adding new creative ventures with Harvey and everyone at TMZ. Here’s to Harvey, Charles and the team leaning over FOX cubicles for years to come.”

Channing Dungey, chairman of Warner Bros. Television Group, said: “Harvey Levin created a groundbreaking destination for entertainment news, and for the past 15-plus years, TMZ has celebrated great success. TMZ will now be more closely aligned with the distributor of the popular content they create, and WarnerMedia wishes Harvey and everyone on the team the best as they venture into a new partnership with the talented team at FOX.”

Levin added: “We couldn’t be more charged. FOX Entertainment is opening up a world of opportunities for TMZ to grow our current platforms and expand in every which way!” 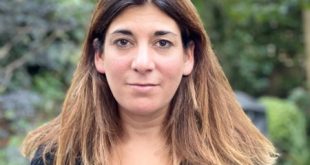 Tanya Shaw has been named managing director for Zinc Television, taking on leadership for labels such as Blakeway, Brook Lapping, Films of Record, Red Sauce and Supercollider.