In her new role, Braxton will be responsible for managing Anchor’s production slate of premium series and documentaries, which includes projects for MSNBC, AMC, discovery+ and more.

Braxton has worked with the company before, having served as showrunner on the first two seasons of its hit docuseries The Lost Kitchen for Magnolia/discovery+ and the recently launched Model America for MSNBC. She has nearly two decades of experience as a showrunner and director, and her credits include 60 Days In (A&E), House of DVF (E!), The Great Holiday Baking Show (ABC) and Released for OWN, where she served as executive producer alongside Oprah Winfrey.

Anchor Entertainment has also hired veteran development executive Dan Baglio as senior VP of development. He will develop and produce original series and feature documentaries for premium streamers and cable networks. He joins from Pulse Films, where he served as senior VP of original programming and development. There, he developed and executive produced several series and features for VICE, including Vice Versa: College $ports, Inc; Betraying the Badge; and Too Soon: Comedy After 9/11. Prior to that, he spent several years at Herzog & Company as VP of original programming and development. He developed and produced multiple series and specials such as The History of Comedy (CNN), College Football 150: The American Game (ESPN), Dirty John: The Dirty Truth (Oxygen), The Forgotten West Memphis Three (Oxygen) and The Witnesses (Oxygen).

Sam DeVaney has been promoted to manager of development. She has been with Anchor since fall 2021 and has worked on projects such as HBO Max’s two-part docuseries Undercurrent: The Disappearance of Kim Wall. Previously, she worked at Critical Content. Prior to that, she was at WarnerMedia’s former cult-comedy platform Super Deluxe.

DeVaney will report to Baglio, while Braxton and Baglio will report directly to Ethan Goldman, CEO of Anchor Entertainment.

“Keayr and Dan are both accomplished storytellers whose passion for their craft is central to our continued growth within the premium space, and Sam has proven herself to be a talented development executive in her own right,” Goldman said. “With this dynamic team in place, we’re setting ourselves up for even greater success as we head into the company’s next chapter.”

Jamie Stalcup is the associate editor of World Screen. She can be reached at jstalcup@worldscreen.com.
Previous discovery+ Marks 75 Years of India’s Independence
Next ZDF Studios Unveils New Nature Docs from Doclights 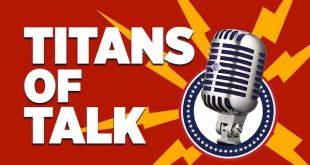 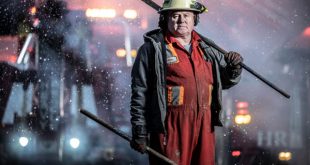 New Season of Highway Thru Hell From Great Pacific Media