RIYADH: News Corp. investor Prince Alwaleed bin Talal, who owns 95 percent of Kingdom Holding, has purchased a stake in Twitter for $300 million. The investment by the Saudi Prince and the Kingdom Holding Company represents around 3 percent of Twitter. Prince Alwaleed has investments in entertainment and media entities throughout the Arab world and … 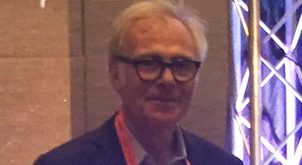 JOHANNESBURG: Patrick Jucaud-Zuchowicki, the CEO of Basic Lead and founder of the DISCOP markets, welcomed guests this morning to the fifth edition of DISCOP Johannesburg, which he said is “stronger and bigger” than last year.

Life’s Punchline
Designed by HattanMedia.com
© Copyright 2021 World Screen Inc. All Rights Reserved.
No part of this website can be used, reprinted, copied, or stored in any medium without the publisher's authorization.