Home / Features / Sniffing Out a Hit

Sniffing Out a Hit

Leading commissioners and buyers tell David Wood about how their content needs are evolving.

A few years ago, a straw poll of commissioners and buyers about the growth of SVOD competition in the kids’ TV market would have elicited feelings of uncertainty and existential angst. Today, despite the turmoil created by streaming services, many now concede that the impact of deep-pocketed OTT players has been beneficial.

Undeniably, it has made the kids’ marketplace a very healthy one for producers, insists Frank Dietz, Super RTL’s deputy program director and head of acquisitions and co-productions.

“If you had asked me about the economic state of the market two years ago, I would have said there was a drought. But now there is a lot of choice, and we are not having trouble finding shows,” he points out. “I see the market as a very dynamic place now. The impact of Netflix, Amazon, Apple and Disney+ has definitely made it a producers’ market.”

Sarah Muller, the head of independent animation and acquisitions at BBC Children’s, has no doubt about the impact of streaming services: “There is a more vibrant production environment with many more ambitious ideas making it off the drawing board. More competition and choice are always good!”

DEMANDING TIMES
Now that the SVOD market is more mature, there is also growing confidence among established players, who can now see how they might use their trusted brands to carve out a niche for themselves in the on-demand space.

“New competitors, along with new technologies and programs, have a strong impact on user behavior,” says Astrid Plenk, managing and program director of the German public-service channel KiKA. “With increasing frequency, families want to access content independent of time and location. It is for this reason that we have extended our own portfolio with the introduction of the KiKA-Player, thus establishing a new distribution channel.”

David Levine, the VP of kids’ programming for Europe and Africa at The Walt Disney Company, argues, “It’s a really exciting time to be part of this industry. There is an increased level of demand spurring development in new areas, which has been extremely positive for the industry as a whole. As a result, we have seen welcome growth with new and diverse voices joining the industry, a change we are excited to see and incorporate into our projects, too.”

Levine signals that Disney’s greatest need is for animation that works for an audience of kids between the ages of 7 and 11. He is also focusing on the opportunities that Disney+ brings for expanding kids’ content. “The creative opportunities this will bring to our teams and partners are second to none,” says Levine. He points to a host of European collaborations for Disney+—including the animated comedy 101 Dalmatian Street, a reboot of classic Disney characters Chip ‘n’ Dale by Xilam and Monsters at Work from Dwarf Animation—as clear signs of a reinvigorated marketplace.

Plus, there are Disney’s existing European collaborations on shows such as Penny on M.A.R.S. (season three is now in production with 3Zero2), Miraculous: Tales of Ladybug & Cat Noir (Zagtoon and Method Animation), PJ Masks from Entertainment One Family & Brands and Cyber Group Studios’ Gigantosaurus.

“It’s amazing to see what can happen when we include different voices behind the camera and on-screen,” continues Levine. “It would be great to see this become a constant, to ensure the days of being pitched something that is a pastiche or tokenistic are truly behind us. We should be able to elevate everyone’s storytelling.”

WISH LISTS
With the abundance of content being produced today, what are leading programmers looking for?

At CBBC, comedy is very high up on the most-wanted list, says Muller. “Comedy, always comedy—not just for the 6-plus audience, but also for the preschool audience, who like to laugh too. Live action that tells different stories from an alternative viewpoint around the world is of interest. We are also looking for content for 12- to 16-year-olds, which certainly includes challenging animation for an older audience and drama that pushes the boundaries.”

Diversity is critical when it comes to desired content from the networks, something that Super RTL’s Dietz picks up on. For example, shows that reflect the variation in family structures evident in society today.

“We don’t look for the lookalike shows or hybrid projects that link two ideas that the market has already seen,” Dietz explains. “We are looking for original content with strong storytelling and characters and a narrative that is suitable for our audience. Ten years ago, we still did commercial half-hours. Now that’s divided into 2×11 minutes, plus we also have forms that are only 7 minutes. But whatever the format, we believe that there must be a connection between the kids and the characters—in one way or another, it must have an element of relatability, or it needs to be aspirational.”

He cites DreamWorks’ Spirit Riding Free as a show that has a unique selling point and a touch of charm that’s relevant to today’s audience.

Plenk from KiKA singles out concepts that feature strong female characters as being in demand, as well as animation aimed at the 6-to-11 elementary school audience. Current co-productions include Tib & Tumtum from French toon house GO-N Productions, Mystery Museum from Hahn Film and a CGI TV comeback for The Smurfs.

SPIRIT OF COLLABORATION
For KiKA and other kids’ broadcasters, co-productions are key. “As an ex-producer, co-production has always been incredibly important to me, and I am very aware of the potential benefits,” says BBC Children’s Muller. “Co-pros are taken much more seriously now, with an understanding that you can dream bigger through the co-pro route. For the right type of storytelling—fantasy, magic—the sky is the limit, and the kids’ sector is set up well to capitalize.”

To get an idea of the current co-pro focus at Boomerang, look no further than Taffy, observes Cecilia Persson, the VP of programming and content strategy for Turner EMEA kids and international acquisitions and co-productions.

“We developed and co-produced it with Cyber Group Studios, and the show is tailor-made for the channel and completely embodies the values and sensibilities of Boomerang,” says Persson. “That’s why we’re keen to get on board early and work collaboratively with production partners, whether it’s for a co-production or prebuy.” This enables the content to be tailored appropriately for the Boomerang audience—a core demo of 4- to 7-year-olds—satisfying their appetite for pure slapstick comedy and entertainment with a strong visual emphasis.

In terms of most-desired content, Persson adds, “One of our current focuses for Boomerang is on the younger entry point—content that has the same genetics as our popular ‘squash and stretch’ animation, but with a softer touch.” This is best epitomized by the CGI-animated adventure series Mush-Mush & the Mushables, developed by France’s La Cabane Productions, Belgium’s Thuristar and international kids’ entertainment specialist CAKE.

Julien Figue is the deputy managing director for the youth segment at M6 Group, which recently acquired much of Lagardère’s TV division. He is less prescriptive, perhaps because of the broader scope of his networks, Gulli, Canal J and TiJi, which he says reach children from 3 to 12 years of age and their caregivers.

“We are curious about all proposals and ask only to be surprised,” Figue says. “We are looking for series that adhere to the values of our channels: good humor, tolerance and open-mindedness. Comedy is the most unifying genre on our stations, but adventure and action also play a major role. This year we will be paying particular attention to upper preschool.”

WINDOW WATCHING
In an era of rapid expansion of OTT services in the kids’ space, everybody agrees that the negotiation of rights has become a much bigger, more complex and significant process.

The marketplace is now characterized by a lot more co-operation and rights sharing, and most parties are open to negotiation.

“We generally take the first pay window but are open to being flexible on this if the opportunity is strong enough,” says Disney’s Levine.

In recent years, the development of digital services such as catch-up and SVOD has changed the way the market works, says Figue.

“For instance, the digital rights of a property are now increasingly subject to discussion and negotiation. With Gulli, we have our own digital platform and systematically ask for rights for all screens.”

Figue acknowledges that the rise of these new players in the market represents “a major challenge for us in the development of our services.” He adds, “We have learned to work with them. For example, our DreamWorks series (the Dragons franchise, Spirit and Trolls) have a first SVOD window on Netflix before arriving exclusively to linear on Gulli and Canal J. These series remain very high performers on our channels despite this first window. That is clear evidence of how players co-operate to get the best content on their networks.”

Figue continues, “We can also note that for our prebuying properties, we systematically have exclusivity of 12 months versus all platforms, including Netflix and Amazon.”

STANDING STRONG
While there is much emphasis on the impact of on-demand services, linear is still a popular way for kids to consume content and share it with their families in many markets around the world. “Linear still has a bright future,” insists Figue.

“Gulli is more than a channel. It’s a reference brand for parents and their children and has a duty to offer them an ultra-secure and intuitive space. We have reworked our entire SVOD offer, GulliMax, to offer nearly 4,000 videos (including complete series, new episodes and exclusive content) in a space where inappropriate content can never be made available to a child. Indeed, all the highlights and recommendations are edited and worked on every day by our teams. This is what makes GulliMax different from the VOD giants such as YouTube.”

Also holding its own against the SVOD onslaught is Super RTL, which still commands a 22-plus-percent share of 3- to 13-year-olds compared to KiKA, Disney and Nickelodeon.

“We have stayed healthy because we know our audience and make certain that a wide range of relevant content is made available to them,” Dietz reports. “We are on every platform where kids want to watch…plus we reach them through Toggo Tour and live events. That’s pretty much our mission. The overall presentation of the channel makes it desirable to watch, and what also differentiates us from Nick and Disney is our freedom of choice. We are not a U.S. content pipeline—we choose and select what we want.”

“If we invest a considerable amount of money and help build up an IP in the marketplace, we don’t like to have a secondary window exploited by an SVOD platform. If we reach a larger audience, we don’t want to share with a third party. We would like to keep it exclusive, but it would depend; every deal is different. The result is there is not a classic formula or blueprint for launching shows now. It depends on the strategy of our partners regarding consumer products, for instance.”

Established kids’ networks across Europe do have some advantages over the OTT services like Netflix and Amazon, from brand loyalty and parental approval to a considerable amount of experience in effective presentation and marketing.

“Let’s face it: kids have to find Netflix shows to watch them, which is not always the easiest task,” says Dietz. “One minute it’s out there on their premium rank of shows, then two days later it’s much harder to find.” 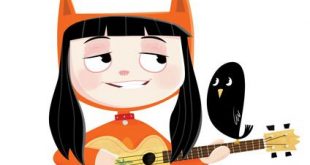 Music-based children’s series are resonating with young viewers around the globe.