The International Academy of Television Arts & Sciences revealed the winners of the International Emmy Kids Awards during an online presentation on the Academy’s website during MIPJunior.

The winner in the kids’ animation category was the sixth season of Shaun the Sheep: Adventures from Mossy Bottom. Tekens van Leven (Scars of Life) won the kids’ factual and entertainment award, and First Day topped the kids’ live-action category.

From Aardman in the U.K., Shaun the Sheep: Adventures from Mossy Bottom showcases brand-new adventures, contemporary themes and an environmentally conscious farm, with solar panels, wind turbines and electric vehicles in addition to its slapstick humor. Tekens van Leven (Scars of Life), from De Mensen in Belgium, is a documentary series for children aged 9 to 12 that tells the stories of kids with a specific physical scar.

Bruce Paisner, International Academy President and CEO, said: “Children’s programming has a direct impact on how kids perceive themselves, their peers and the world at large, so we in the television community have a special responsibility. We congratulate the teams behind these winning programs for making great television that both entertains and raises awareness about sensitive issues.”

Chelsea Regan is the managing editor of World Screen. She can be reached at cregan@worldscreen.com.
Previous Epic Story Media Scores New Broadcast & Licensing Partners
Next BBC Children’s Orders A Kind of Spark Adaptation from 9 Story 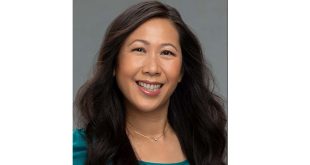 Gloria Fan, formerly the VP of current programming at 20th Television, has been appointed head of current series at Disney Branded Television.