Ahead of NATPE Budapest, Cineflix Rights has signed multiple deals that will see its scripted and factual content air on broadcasters throughout Central and Eastern Europe and Greece.

On the scripted side, Tanweer bought all three seasons of Marcella (produced by Buccaneer Media for ITV and Netflix) for ERT in Greece. Disney+ took season one of Coroner (produced by Muse Entertainment, Back Alley Films and Cineflix Studios for CBC) for its platforms in the Balkans and Bulgaria.

Lucy Rawson, VP of sales in Africa, CEE, the Middle East and the Southern Mediterranean at Cineflix Rights, said, “I’m delighted to be closing these deals for some of our long-running scripted shows and recently acquired factual content with our partners in the region. I’m really looking forward to returning to NATPE Budapest in person with a strong slate of new content to launch to buyers at the market.”

Jamie Stalcup is the associate editor of World Screen. She can be reached at jstalcup@worldscreen.com.
Previous Sky & Black Equity Organisation Pact for New Initiative
Next Disney+ Lines Up More Premieres & Titles for the U.K. & Ireland 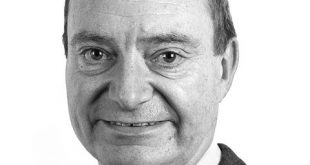 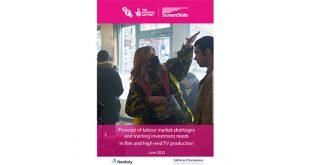 Spending on film and high-end television production in the U.K. could rise to £7.7 billion ($9.5 billion) by 2025, according to research commissioned by ScreenSkills, requiring up to 21,000 new crew members to meet that demand.