Wilderness is a twisted love story, where a dream holiday and a supposedly “happily-ever-after” quickly turns into a living nightmare. The series is based on B.E. Jones’s novel of the same name. The show will be written, created and executive produced by Marnie Dickens, executive produced by Elizabeth Kilgarriff and produced by Firebird Pictures for Amazon Studios.

Dickens said, “Wilderness is pure, unadulterated fun, where our heroine Liv says the things you wish you had the guts to, does the things you can only fantasize about and lives by her own increasingly outrageous set of rules. I’m thrilled to bring the Prime Video audience along for her ride.”

Louis Theroux serves as executive producer on the new doc from Mindhouse Productions. It follows KSI (aka Olajide Olatunji, or JJ) as he prepares for the biggest year of his career so far.

Theroux said, “It is a huge thrill to be working with JJ on this definitive documentary. He is a huge talent, a totally self-created phenomenon who has gone from bedroom-bound nerd with a handful of subscribers to an online colossus with fans in the millions, purely through the power of his work ethic and his will to win. The documentary will be an opportunity to see another side of JJ, understanding how he got where he is, the world of a premium online content creator today and a man who has made it his brand never to lose, as he takes on the music business.”

Kristin Brzoznowski is the executive editor of World Screen. She can be reached at kbrzoznowski@worldscreen.com.
Previous BBC & Sky Expand Long-Term Partnership
Next Viaplay to Stream NHL in Poland Through 2026 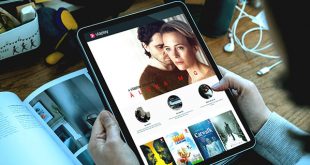 Nordic Entertainment Group (NENT Group) has unveiled new expansion plans for its streaming service Viaplay, adding the U.K., Canada, Germany, Austria and Switzerland to its footprint over the next two years.