The British Association for Screen Entertainment (BASE) is reporting that the home-entertainment sector in the U.K. grew by 26 percent in 2020, bringing the total market value to £3.3 billion ($4.47 billion).

Total EST (electronic sell-through or digital purchase) sales across both film and TV content delivered 14.5 percent growth year-on-year. Spend on TVOD (transactional video-on-demand), driven by consumers new to the category, saw nearly 24 percent growth. Kantar reports that the total number of customers buying and renting across the video category grew by 14 percent between March and November to 12.9 million.

SVOD services grew by 42 percent year-on-year. Streaming services now account for 74 percent of the total market value. Kantar also revealed that 23 percent of British households signed up for a subscription service during the first quarter and around the time Disney+ launched with a further 7 and 3.5 percent of households doing so in the following two quarters of the year.

British customers continued to transact at scale with available new-release product, with the four bestsellers all topping 1 million transactions across disc, EST and TVOD, and the balance of the top ten all exceeding 500,000 transactions. The biggest selling title of the year was Joker, with combined disc, EST and VOD sales of more than 1.4 million units.

U.K. consumers are increasingly opting for premium formats when purchasing titles on disc, with Blu-ray sales now accounting for 30 percent of the disc market value, up from just under 27 percent in 2019. The year saw an increase in average selling price across the Blu-ray format, up 7.1 percent year-on-year to £15.94.

TV content proved to be “robust” in the disc market and continues to be boosted by broadcast, as TV’s share of the total disc spend is at 28 percent (up from 23 percent in 201)9. During the second and third quarters of 2020, once the supply of new-release film content had been impacted by national lockdown measures, TV content showed a growth of 5.4 percent year on year to a 26 percent share of spend in this period.

New-release titles such as The Crown season three and Gavin & Stacey: A Christmas Special also delivered, ending the year in third and seventh place respectively in the TV chart. BBC Studios’ newly commissioned animations of lost Doctor Who episodes, The Faceless Ones and Fury from the Deep also performed well; the franchise’s combined sales across all content came in at £4.9 million, a 15 percent year-on-year growth from 2019.

Liz Bales, chief executive at BASE, said: “With the pandemic affecting all corners of life across 2020, evolution in the video category has undoubtedly advanced. Digital transactional video has arguably been a beneficiary of conditions that forced people to stay home, as more than two million new customers joined millions more already engaging with EST and VOD content, uncovering a depth and breadth of diverse catalog and new-release content available without subscription. This shift to digital doesn’t diminish the resilience of physical formats, though, as evidenced by the performance of TV and catalog content on disc, and by the strength of premium formats like Blu-ray and 4K UHD both underlining that many viewers are still driven by collection and the access to the best possible home viewing experience that disc provides. 2021 is clearly set to be a year of unknowns as a post-pandemic normality develops, but it is clear that the transactional market, in its established and newer distribution models, continues to be a significant part of the picture across an industry well versed in dealing with change.”

Kevin Dersley, co-vice chair of BASE and managing director of Elevation Sales, said: “Resilience and adaptability remain bywords for the transactional video category, a fact underlined by the innovations in digital distribution seen throughout 2020 as much as it is by the ability demonstrated by the disc market to weather a storm that has seen much of the retail estate either closed or focused on ensuring the supply chain of essential purchases. Amid all the conjecture as to how the entertainment industry as a whole will respond to ‘the new normal’, it remains clear from the performance of a diverse slate across diverse methods of consumption, that ready access to film and TV content for purchase or rental persists in being a priority for audiences appreciative of the fact that transactional video really does give them what they want when, and how, they want it.”

David Sidebottom, principal analyst for entertainment at Futuresource Consulting, said: “2020 saw digital home video reach new heights, with digital sell-through and rental growth accelerating despite pandemic enforced movie delays. The strength of library content has been truly impressive and sustained throughout the year, even more notable given the continued proliferation of wider video streaming services. Despite the continuing challenging conditions and diverse release strategies, the increased digital rental and sell-through consumer base achieved in 2020 provides a strong bedrock for further market progression.”

Craig Armer, strategic insight director at Worldpanel Entertainment, said: “Amongst the many seismic changes in consumption habits that 2020 has seen, the most encouraging for home entertainment is the indication that subscription services and transactional formats can not only co-exist, but grow in tandem. For the first time in at least eight years, the number of buyers and renters of transactional formats has grown, helped by a complete resurgence in the popularity of VOD. Encouraging levels of return for a second purchase amongst new consumers suggests habits being formed that should continue into 2021.”

Kristin Brzoznowski is the executive editor of World Screen. She can be reached at [email protected]
Previous Dana Strong to Succeed Jeremy Darroch as Sky CEO
Next Lux Vide Names Chief Corporate Officer 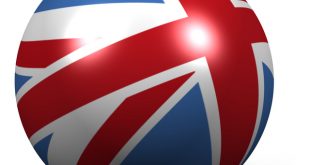 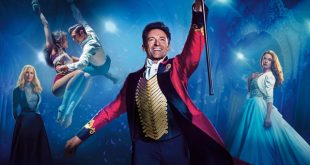 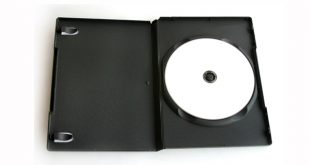 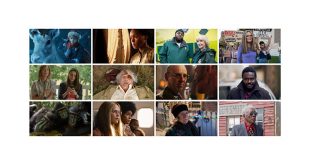 More than 125 new Sky originals are set to premiere this year, with newly unveiled highlights such as the drama This Sceptred Isle, in which Kenneth Branagh will play U.K. Prime Minister Boris Johnson.