With production slated to begin in 2021, Frust tells the story of Vedran, a struggling young writer who accidentally kills a drug pusher who is terrorizing his neighborhood. Overnight he becomes an anonymous social media superstar, but, deciding to continue his revenge crusade, suffers growing frustration as he cannot reveal his identity to an adoring public.

Frust was created by Srdan Vuletic, a Bosnian writer whose first feature premiered at the Toronto Film Festival.

Krigler said: “I am excited to be working together with Ivana and the prestigious Firefly organization; our joint venture marks the first international co-production for Joyrider; we are also in negotiations with additional international companies on other projects from our slate.

“With its universal themes, riveting characters, intricate storylines and unique sense of humor, coupled with the classy production values Firefly is known for, Frust is destined to break through internationally.

“We are confident that Joyrider’s experience in and commitment to high-quality dramaturgy and serial storytelling makes an excellent match with Firefly’s impeccable track record in producing quality drama.”

Miković, co-founder and CEO of Firefly, commented, “Our two companies have a team of highly experienced professionals, with long experience of producing high-quality drama which has international appeal.

“Frust is the first project of its kind in southeast Europe, and the combination of Joyrider’s creativity and our acclaimed production facilities, unique in the region, will establish us both as a serious player for international drama production for audiences in Serbia and beyond.” 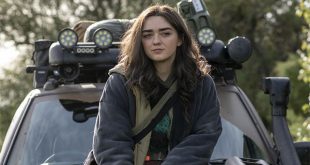 Banijay Rights has revealed its brand-new catalog, with almost 90,000 hours of finished programming and an extensive formats slate, following its integration of Endemol Shine International content.