New COO in Place at All3Media

LONDON: Sara Geater, who previously served as CEO of FremantleMedia U.K., has been appointed as chief operating officer of All3Media. Geater had been elected chair of PACT in 2014, after having spent seven years at FremantleMedia U.K., most recently serving as its CEO. Prior to this, she was the head of commercial affairs at Channel … 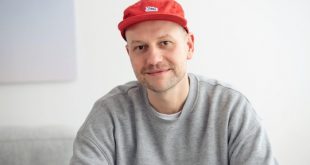 Sebastian Heinlein is joining SEO Entertainment as head of development and creative director.