TMG Signs On for Film Based on Best-Selling Novel

LONDON/STOCKHOLM: Tele München Group (TMG) and NICE FLX Pictures have signed a distribution and investment deal for a film project based on the Swedish book The Centenarian Who Climbed Out the Window and Vanished. The film, The Centenarian, will be adapted from the Jonas Jonasson novel that has sold more than 1 million copies in … 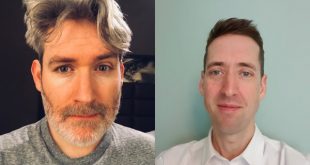 Campbell Glennie has been upped to head the Edinburgh TV Festival (ETF) and its charity arm, the TV Foundation, in the newly created role of managing director, and Stewart Clarke has been tapped for the creative director position.