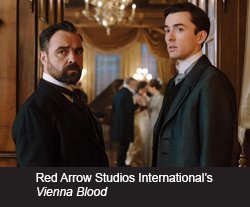 Leading distributors weigh in on how the lockdowns of last year have impacted their drama slates.

For the international drama business, the good news is that production is up and running in markets across the globe, and many distributors have been able to keep their lineups for the first quarter mostly intact.

“Although there was a hiatus in drama production for about six months in the U.K., we have been very fortunate to remain fairly unscathed,” says Sally Habbershaw, the executive VP for the Americas at All3Media International, which is showcasing three new dramas: Angela Black, Eden and My Name is Lizzie.

Asked how the shutdowns impacted Eccho Rights’ lineup, Fredrik af Malmborg, managing director, reports, “Almost not at all. I’ve actually upped my forecast for 2021 because I’ve understood from talking to clients that there is very little inventory to buy. The American and U.K. productions [have been delayed]. We do Nordic series from Scandinavia; there, at least in Sweden, it’s been going on. Then we have Turkey, where there have been hardly any interruptions at all. And then, of course, all the productions from Korea we represent; all the output from CJ ENM, our majority owner, and series from other producers in Korea. We represent quite a few Australian series, based on our representation deal with Sony. So we have four source areas of fantastic series that have not been interrupted. We have a number of series from Russia and Ukraine. They’ve been fairly uninterrupted in their productions as well.”

Entertainment One (eOne) also reports having “minimal” production delays, according to Dan Loewy, executive VP of sales for the Americas, international distribution. “Due to our production reach and infrastructure, we had the ability to quickly start production on two series in the U.S. and five series in Canada,” including Feudal and Family Law.

Canada’s ability to keep production going has also benefited Incendo. Gavin Reardon, who heads international sales and co-productions at the company, notes, “We had planned for eight films to be delivered by Q1 of 2021, and we’re delivering a total of seven.”

In March 2020, as lockdowns began, Red Arrow Studios International had three shows at the preproduction stage: the second seasons of Vienna Blood and Departure and season seven of Bosch. “We lost out on five to six months of production activity due to the lockdown,” says Carlo Dusi, executive VP of commercial strategy for scripted at the company. “We spent a lot of time over the spring and early summer refinancing these projects and working out the realities of going back into production in accordance with the safety protocols applicable to each show during Covid-19. We were able to get all three back into production between mid-August and the end of September 2020, and they will now deliver from early to mid-2021 onwards. In addition, the second season of Stella Blómkvist is on track to shortly finish shooting in Iceland, and will also deliver this year.”

The lockdowns also hit Dori Media Group at a time when it had “high production momentum” in Israel, Latin America and the U.S., Nadav Palti, president and CEO, says. “Early-stage productions stopped, and those in advanced postproduction stages continued. During this period, we took advantage of the time when shooting was not possible to progress feverishly in the preproduction and postproduction stages of new high-end series. In September, under the regulations, we began shooting season two of the very successful comedy The New Black in Israel. When the situation fully [improves], we will be able to continue more productions that were delayed and answer the market’s needs quickly.”

As for what the market needs, Palti references a demand for escapism as the world waits for the vaccine to have a real impact on our everyday lives. “It’s the lighter stuff,” agrees Eccho Rights’ af Malmborg on what his clients are asking for. “Relationship issues rather than hardcore crime. We are selling a lot of our Nordic romance series, also some of the lighter productions from Korea. Turkish drama works quite well because it’s not about crime primarily; it’s more about human relationships, family issues.”

“Right now, programs that provide opportunities for escapism, diversion and entertainment tend to be favored, alongside content that is easy to schedule,” adds Dusi at Red Arrow. “For example, our extensive library of TV movies has been going down very well with buyers around the world because they can easily be slotted in to meet multiple scheduling requirements. Over time, we expect that tastes for wider types of content, and potentially even darker kinds of content, will come back, but we don’t expect that to change until the middle of 2021 at the earliest.”

For Loewy at eOne, the themes that drove drama demand before the pandemic remain intact: “High-quality shows, anchored in great storytelling, told by proven and emerging creators, through incredible talent. As the push into streaming accelerates, many of these platforms are catering to the broadest possible audience. In that sense, the needs are more varied than ever before.”

One thing that executives are not seeing much of is Covid-19 having an overt impact on story­lines. “The content we’re creating ignores the crisis,” explains Incendo’s Reardon. “We’re providing escapism, and right now, who couldn’t use a bit of that?”

Loewy is of a similar view: “TV must be entertaining, but especially now, more than ever, it should provide viewers with refuge and escapism. There’s also increasing optimism that, hopefully, this pandemic will soon be behind us. Given that license periods often stretch over multiple years, it’s not something anyone has asked to have represented on-screen.”

It’s a similar situation at Red Arrow, Dusi says. “We had to find the best way to acknowledge the events of 2020 within contemporary material. The safest way to do so, not knowing what the world will look like from summer 2021 onwards, was through a light touch. As a result, our talent has gone for references to people wearing masks in the background of the main action, and sometimes to testing and vaccination where the show’s circumstances make it appropriate. They have done so by way of comments that are often just throwaway but still give viewers certain key clues about where and when the action is taking place, rather than making pandemic-related issues front and center. The challenge we now face is that we are developing content that viewers won’t get to see for another 18 months to two years, in the best of cases. We want this content to still feel current, appropriate and accurate by the time viewers get to watch it. Right now, we’re all having to second guess what the world around us is going to be like at that point.”

NEW NORMAL?
Some trends are clear, distributors note, and predate the pandemic. “The explosion of SVOD and AVOD, and the level of investment, is unprecedented and will continue for the coming year,” says Reardon at Incendo. Other trends he’s keeping his eye on? “Limited series will become more of a focus as they allow huge stars to play in the TV space. Big events, maybe even with a live terrestrial as well as an OTT component, will be a solution for both ad- and subscriber-based platforms. Slower rollouts of series, over weeks or months rather than the dumping [of all episodes at once]. The creative community reacting to having their series canceled by SVOD platforms without the validation of ‘ratings.’ And lighter, more varied, more inclusive and accessible content.”

“In the scripted landscape, audiences’ appetites are increasingly more global,” adds Habbershaw at All3Media. “Networks are also prioritizing the diversification of voices both on- and off-screen, so we are looking forward to a much broader representation of talent in scripted dramas.”

Dusi notes that predicting what audiences will want post-pandemic remains a challenge. As such, Red Arrow is making sure it’s “prepared for any set of circumstances by having as wide and varied a set of offerings as we can. Meanwhile, in the short term, we’re trying to be as opportunistic as everyone else. We are focusing particularly on those types of projects that we think can be most effectively and confidently delivered while the restrictions continue to affect us.”

Mansha Daswani is the editor and associate publisher of World Screen. She can be reached on mdaswani@worldscreen.com.
Previous Co-Writers Tapped for BBC One’s Ralph and Katie
Next Amazon Anthology Series Lines Up A-List Cast 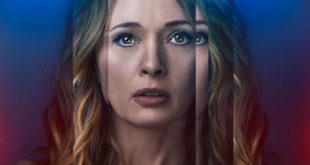 Cineflix Rights has signed a deal with Hulu for the French crime drama Rebecca, based on Buccaneer Media's Marcella.