Peter Bowker (The A Word, Marvellous, World on Fire), creator and lead writer of Ralph and Katie, has named the writers that will work with him on the new BBC One series.

The new and emerging disabled writers, who have all been chosen in partnership with BBC Writersroom, are Amy Trigg, currently part of the Channel 4 Screenwriting Course 2021, BBC Drama Room 2020/21 and BBC Writers Access Group 2020/21; writer for film, TV and radio Annalisa Dinnella (Doctors, The Break); screenwriter and actor Genevieve Barr, who won the Red Planet Prize with her pitch for a complex legal drama that she is currently developing with Red Planet Pictures/ITV; playwright, journalist and screenwriter Tom Wentworth (The Real Deal, Burke and Hare, Bully, Windy Old Fossils); and Lizzie Watson, who was selected for the BBC Writersroom Writers Access Group 2020/21 and is currently developing a number of projects for television.

Ralph and Katie focuses on the titular well-loved characters from The A Word, played by Leon Harrop and Sarah Gordy, respectively. Co-produced for BBC One by ITV Studios and Keshet Productions in association with Tiger Aspect, the series follows the inspirational and loving young couple who are embarking on the biggest adventure of their lives—the first year of married life. Filming will commence later this year. Ralph and Katie will air on BBC One and BBC iPlayer.

Peter Bowker said: “It is genuinely exciting to be collaborating with these five writers who have already written startlingly new and engaging work. We have already started to work together to build the series and the one thing that is clear to me is that I am going to have to up my game!”

Patrick Spence, executive producer for ITV Studios, said: “This show—and these writers—are going to bring so much joy to all our lives. This is already a privilege.”

Chelsea Regan is the managing editor of World Screen. She can be reached at cregan@worldscreen.com.
Previous Lupin Renewed for Season Two
Next Where’s the Drama? 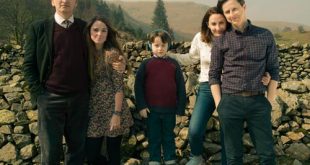 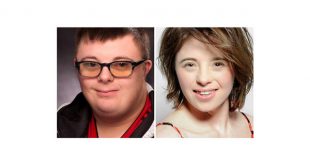 BBC One Commissions The A Word Spin-Off 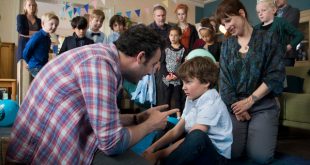 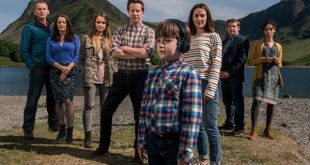 The A Word Set for Third Season on BBC One

Production Begins on The A Word Season Two