ATLANTA: TNT has given a second-season renewal to its new Michael Bay drama The Last Ship, as well as signed on for a fourth season of Major Crimes and a fifth and final season of Falling Skies. All three have been hits for TNT, ranking in the top five of basic cable's scripted shows this … 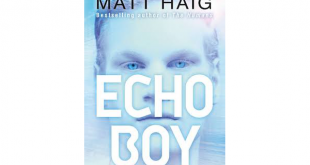 Submarine has optioned the rights to Matt Haig’s best-selling science-fiction novel Echo Boy to adapt as a hybrid live-action/animated series.