UNIVERSAL CITY: Blumhouse Productions, the outfit behind the Paranormal Activity, Insidious, The Purge and Sinister horror film franchises, has inked a long-term multiplatform deal with NBCUniversal (NBCU) that will include partnerships with Universal Television and Universal Cable Productions. Blumhouse, run by Jason Blum, has entered into a ten-year first-look production agreement with Universal Pictures. On the … 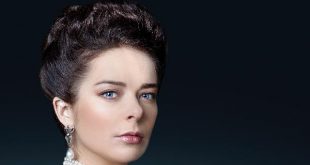 Back in Time with Period Dramas