BBC Studios Production, in association with Nice Media Studios and Windowseat, has secured the rights to develop the best-selling novel The Chalk Man, written by CJ Tudor.

The six-part drama will be adapted by Mick Ford (The Boy with the Top Knot, Single Father, William and Mary) and is being produced by BBC Studios Drama. CJ Tudor’s The Chalk Man, published by Penguin Random House/Michael Joseph (U.K.) and Penguin Random House/Ballantine (U.S.) in 2018, was a Sunday Times bestseller and has sold in over 40 countries.

Set in the picturesque village of Anderbury, the story centers on Eddie and his four friends. Their teacher, who they have christened The Chalk Man, gave them the idea for the chalk drawings as a way for the friends to leave each other secret messages. It was fun until the chalk men led them to the dead body of a 17-year-old girl. Thirty years later, Eddie believes the past is far behind him until an envelope slips through the letterbox containing a stick of chalk and the drawing of a figure he recognizes. The story follows the gang not just during their traumatic experience during the summer of 1991, but also three decades later, as troubled adults who play out those haunting memories all over again.

Tudor said: “I am chuffed to bits that The Chalk Man is being developed for TV and couldn’t wish for a better team to bring the book and its characters to life. I’ve had so many readers tell me how much they would love to see The Chalk Man on-screen, so this is great news for them and me!”

Tom Sherry, head of drama North at BBC Studios, said: “Telling stories is at the heart of our work at BBC Studios Drama and CJ Tudor’s chilling tale of an adulthood haunted by the past is a story we knew TV viewers around the world would be gripped by. We’re thrilled to be collaborating with CJ Tudor and with our partners Nice Media Studios and Windowseat to bring this thriller to life.”

Sam Sokolow, chairman of Nice Media Studios, added: “Few books jump off the page and scream to be made into a television series the way CJ’s masterful thriller The Chalk Man does. Mick Ford’s authentic voice and dynamic vision serve the material great justice.”

Bill Kiely, president of Windowseat Pictures, commented: “Windowseat’s strategy to discover first-time authors paid off with CJ Tudor’s The Chalk Man. Though The Chalk Man is set in the U.K., it is totally relatable to a reader here in the states. We are over the moon to be collaborating with BBC Studios on this series.”

Madeleine Milburn of Madeleine Milburn Literary, TV & Film Agency added: “I am thrilled that The Chalk Man is making its way to screen…an award-winning international bestseller across the globe, Tudor has so many fans who will be exhilarated by this latest development.”

Kristin Brzoznowski is the executive editor of World Screen. She can be reached at [email protected]
Previous Narcos: Mexico Renewed with New Showrunner
Next My Life Is Murder Set for Second Season 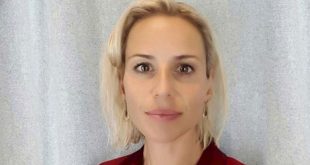 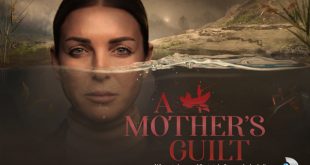 Turkish Adaptation of A Mother’s Guilt Debuts on Kanal D

ABS-CBN's crime drama A Mother’s Guilt has been adapted in Turkey, where it is airing on Kanal D.