The Art of More to Debut in Canada on shomi

TORONTO: The Dennis Quaid-fronted drama series The Art of More is set to make its Canadian premiere exclusively on streaming service shomi on November 20. shomi will debut all ten episodes of the series, which is Crackle’s first original scripted drama. The Art of More will launch on the service the day after it premieres …

Video Interview with The Art of More’s Co-Stars

Crackle Drama The Art of More Sells to 25 Territories 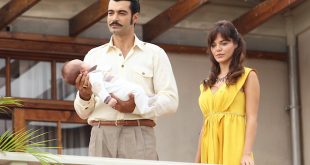