BERLIN/NEW YORK: SundanceTV has entered into a partnership with FremantleMedia International (FMI) that sees the U.S. network co-producing the eight-part drama Deutschland 83 with UFA Fiction. The series will become the first German-language drama to be aired on a major U.S. network. Created by Anna Winger and Joerg Winger, Deutschland 83 is a UFA Fiction … 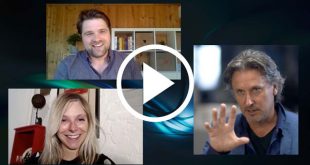