Plimsoll Productions, which is behind series such as Hostile Planet for National Geographic and Night on Earth for Netflix, has launched a scripted initiative and appointed Lisa Gilchrist as head of drama.

Gilchrist will be tasked with developing original scripted series with an initial focus on factual drama. Gilchrist is a multi-award-winning producer known for tackling real-life stories. Her credits include Appropriate Adult (ITV), See No Evil: The Moors Murders (ITV), Mo (Channel 4), The Moorside (BBC One), Planespotting (ITV) and This Is Personal: The Hunt for the Yorkshire Ripper (ITV).

Gilchrist will report directly to Grant Mansfield, CEO. Mansfield commented: “Lisa has built a reputation on delivering standout, award-winning and emotionally powerful drama. Her wealth of experience in development and production, with her particular expertise in securing extraordinary access to real-life stories, makes her the perfect fit to drive Plimsoll’s scripted ambitions.”

Gilchrist added: “I am thrilled to be joining Plimsoll Productions to spearhead their move into drama. I have been fortunate enough to work with some of the most exceptional creatives in the business and look forward to collaborating with new and established talent to bring bold and emotionally powerful drama to both U.K. and international audiences.”

Kristin Brzoznowski is the executive editor of World Screen. She can be reached at [email protected]
Previous CBC & NBCUniversal International Studios Align for Lady Dicks Series
Next Star India’s Kulfi Bows in Kazakhstan 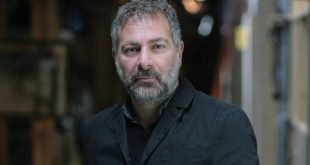