Amid a renaissance in European drama production, Mansha Daswani checks in with several distributors about new opportunities at home and abroad. 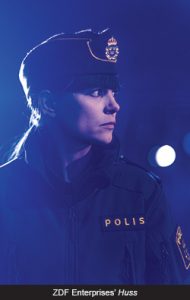 The conversation about America’s golden age of television has been ongoing since the late ’90s, as cable TV, and then streamers, ushered in new concepts, innovative narrative techniques, A-list stars and much bigger budgets. “We may well be now entering the golden age of European content,” Jan Koeppen, president for Europe, the Middle East and Africa at The Walt Disney Company, told delegates at Series Mania at the end of August.

Koeppen was on site in Lille to tout the success of Disney+ and make it clear to the region’s content community that the streamer is not going to be just a global platform for American content. (Indeed, Series Mania also played host to high-profile sessions with Netflix and HBO Max executives showcasing their latest investments in the region.) Disney+ had previously set a target of 50 European originals by 2024. “We’re leaning in, and given the reception from the creative community across Europe, we’re on track to exceed 60 originals in that same time frame,” Koeppen said. “In 2020, there were 50 percent more European commissions than the year before. These commissions are accompanied by bigger budgets. I would call this a real bonanza for the European creative community. It also means that European creatives are busier than ever and consumers have more choice. There’s no sign of this slowing down.”

DEMANDING VIEWERS
The expansion of the streamers has been paramount in this new European scripted boom. As Rodrigo Herrera Ibarguengoytia, senior acquisitions and co-productions manager for scripted at Red Arrow Studios International, observes, it’s not just the global giants injecting funds into the sector. “Regional European streamers have continued to grow, and many have ambitions to launch in additional territories—as we’ve seen with Viaplay, for example,” he explains. “As such, they’ve become major players—offering more financing power with a degree of flexibility. The advantage for us is that these local services are multi-territory, not global, which still provides us with the ability to build different financing models and put together diverse partnerships, such as a combination of linear broadcaster and streamer.”

Working with a variety of different models across the global, regional and local streaming opportunity is crucial, according to Mirela Nastase, director ZDFE.drama at ZDF Enterprises. “Streamers will be increasing their originals, and this could both limit the volume of acquisitions and increase the available premium fiction for distribution. We have started closing volume deals with already existing platforms and with newly launched streamers. This was a very satisfying development this year, and we anticipate it to continue.”

MIND YOUR LANGUAGE
The streaming giants have helped drive the interest in European drama—think the global success of France’s Lupin or Spain’s Money Heist on Netflix. For a company like Banijay, with production companies across Europe, the elevation of non-English-language drama has been transformative.

“No one is negotiating more with the streamers than we do,” says Lars Blomgren, the European giant’s head of scripted for EMEA. “I also have a scripted fund, which is an important tool for us because we can step in and support a production com­pany in acquiring expensive IP or maybe an agreement with talent. It’s a very useful tool to elevate a production and begin at a better level.” About 70 percent of the scripted slate at Banijay is non-English-language, Blomgren says.

Austria’s ORF-Enterprise has found a raft of international opportunities for its series, including the Alps-set Soko Kitzbuehel, which sold into Germany, Italy, France and several other European markets. “It is interesting to observe that there is obviously room for so many different types of programs on the market, driven by global, nonlinear players that have been a door-opener for new program types from different cultures,” says Armin Luttenberger, head of content sales international at ORF-Enterprise. “The success of our strong TV movies and series in various European countries is motivating us to roll out our products in markets like the Americas and Asia.”

Finding new monetization opportunities is undoubtedly essential as budgets continue to escalate. They were already on the rise, but Covid-19 has added another level of expenses for producers.

“The budget increases are a tricky development, putting more pressure on the producers and co-financiers,” says ZDFE.drama’s Nastase. “We have faced recalculations a few times since the start of the pandemic, and in most cases, we have found solutions together with all partners. As distributors, we are expected to increase our contribution, which is a short-term [solution], but is definitely not sustainable for our business.”

As has long been the case, the co-production remains a key financial model across the region given that “shared risk is preferable,” Nastase says. “But I wouldn’t say co-pros are the only solution. Authentic, diverse and innovative ideas that better reflect society today should be the focus of broadcasters and distributors. Streamers are not only well-funded, but they appear to respond with more awareness and precision to what each viewer enjoys watching. That’s why it is not the number of co-producers that matters but the right ones with a common vision. This way, what appears to be an uncommon co-production opens new paths for content creation: take The Window, a creative financing model between Germany, Belgium and Japan.”

The brand-new drama, set in the cutthroat world of football, is produced by Germany’s Boogie Entertainment and ZDF Enterprises in co-production with Fuji Television Network in Japan and Belgium’s Velvet Films and Streamz.

Picking up on Nastase’s point, Red Arrow Studios International’s Ibarguengoytia says that being able to work with multiple different financing models is critical. He cites as examples of Red Arrow’s diverse slate Stella Blómkvist, which Sagafilm produced for Síminn in Iceland and Viaplay in Sweden; and Blackout: Tomorrow Is Too Late, made by Wiedemann & Berg for Joyn and SAT.1 in Germany. “Using models like this, we’re able to produce great series that compete internationally and make a difference in the marketplace.”

NEW NORMAL
With the challenges of the last year, Covid-19 insurance production funds, such as the ones in place in Austria and the U.K., “have helped stabilize the situation,” Ibarguengoytia says. “However, the added pressure of finding partners to share the burden of the costs remains. Everyone is dealing with different situations and challenges. Financiers have to figure out a way that works for every partner, on a project-by-project basis, while trying to maintain the respective proportions of each party’s contributions to the greatest extent possible.”

While much of the high-end drama production coming from Europe tends to hail from the usual big guns—Spain, France, Germany, Italy, the Nordics—several distributors are eyeing opportunities in Russia, Central and Eastern Europe and other markets that are elevating their storytelling techniques.

“We keep looking into CEE as a truly rich source of talent,” says Nastase at ZDFE.drama. “We have launched START’s Sherlock: The Russian Chronicles and are thrilled with the market response! We also look closely at the Baltics and Balkan countries, where we’ve noticed visible progress in scripted production.”

RUSSIA RISING
“Russian content is getting better every year,” says Julia Matyash, the director of Sovtelexport, which represents the Russia Television and Radio slate. “With new content providers appearing (streaming services, for example), viewers are becoming pickier and harder to please. It encourages [producers] to find new ways to keep the audiences happy and attract new ones. Nowadays, a unique plot and high-quality cinematography are crucial, and Russian dramas are proud to have both. The period TV series Ekaterina, Sophia, The Terrible and Godunov have already conquered their audience and remain Russia Television and Radio’s catalog hallmarks.”

“The themes of Russian projects stand out—they have to do with rich and sometimes tragic Russian history, which keeps motivating directors to create new, exciting stories,” Matyash continues. She highlights the company’s brand-new Cloister, based on the best-selling novel of the same name by Zakhar Prilepin.

Since its 2017 launch, the Russian SVOD service START has been heavily investing in original content—more than 40 to date, ten in the last six months alone, according to Daria Bondarenko, executive VP of sales and acquisitions at the platform. “We like to think of START as the home to premium Russian drama,” Bondarenko says. “Before launching a series into production, we always evaluate its international potential because we compete with both Russian and global streamers. We know that our shows are competitive—Russian Affairs (Gold Diggers) has been shown as part of Amazon’s originals and Walter Presents, and Better Than Us was the first Russian series to be presented as a Netflix original. We are breaking the barriers in both domestic popularity and international recognition. Our series regularly top Russian audience charts and entertain global viewers.”

“A lot of markets have been emerging in recent years,” says Ibarguengoytia at Red Arrow Studios International. “Covid helped accelerate that trend because some smaller markets were able to step in to fill the gaps left by those U.S. and U.K. productions that were postponed or put on hold. We’ve certainly enjoyed working with some of the best producers in those smaller countries,” including Sagafilm in Iceland for Stella Blómkvist and De Mensen in Flemish-speaking Belgium on The Bank Hacker. “The focus is on consolidating the presence of those secondary markets as they continue to deliver more,” Ibarguengoytia continues.

Banijay is tapping into its extensive footprint to make sure it’s aware of all opportunities emerging within this European scripted renaissance. Blomgren says that he and his team stay in constant contact with producers within the group. “We’re close to their slates; we hear what they are developing. We talk about planning for success…. To create the best content, you just want the best creative to pitch an idea you hadn’t even considered. That’s what creates a trend.”

Mansha Daswani is the editor and associate publisher of World Screen. She can be reached on mdaswani@worldscreen.com.
Previous Four Lives Drama Set for BBC One & BBC iPlayer
Next Disney+ Slates Taiwanese Crime Drama 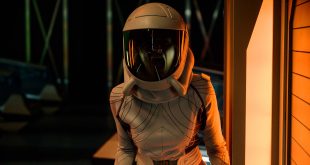 The Ark, Electric Entertainment’s newest series, centers on a spacecraft that encounters a catastrophic event with more than a year left to reach its target planet.