With titles such as Irvine Welsh’s Crime, Whitstable Pearl, Reginald the Vampire and more, Cineflix Rights has tapped into the value of book-to-TV adaptations. Tom Misselbrook, senior VP of scripted sales and development, tells TV Drama Weekly about the challenges and opportunities of working with known IP.

TV DRAMA: Is the market for book-based IP hotter than ever, or is this a perennially popular genre?
MISSELBROOK: What we’re seeing now isn’t a new development; producers and studios have been looking at book-based IP for a long time now and have had great success with adaptations over the years. This has certainly heightened in recent times, however, and there is more importance now 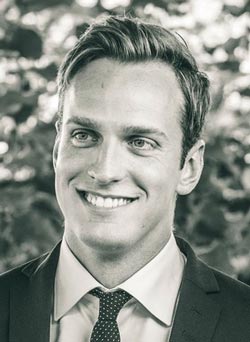 placed on securing rights to valuable IP than there ever has been before. We’re seeing this as the proliferation of drama content creation continues and competition between streamers and broadcasters continues to increase. In this market, shows that really stand out and make a lot of noise are key to audience growth and subscriber loyalty. Series adapted from successful IP come with a built-in audience, which, coupled with great storytelling and rich characters, is really compelling. There is also a consideration of risk, and when dealing with the much larger budgets we’re seeing at the moment, adapting known IP is far less of a risk than creating an original from scratch.

TV DRAMA: What are some of the emerging trends in this space?
MISSELBROOK: There is such a wealth of material out there that the spectrum is broad—from crime, fantasy and thrillers to psychological dramas and more socially conscious pieces. We’re seeing a real range of material being developed for audiences of all ages and demographics.

TV DRAMA: What are some of the current or upcoming book-based dramas the company has lined up?
MISSELBROOK: Cineflix has been incredibly proactive in this space, working closely with our production partners to identify and develop IP that can be adapted for TV. For instance, Buccaneer Media successfully developed Irvine Welsh’s Crime for BritBox, as well as Julie Wassmer’s set of Whitstable Pearlnovels for Acorn TV. Both of them are returning for a second season. We have two series coming out soon: Reginald the Vampire, starring Jacob Batalon of Spider-Man fame, which has been adapted for SYFY from Johnny B. Truant’s hugely successful series of Fat Vampire books. And we’re on board an exhilarating true-crime drama called Last King of the Cross, greenlit by Paramount+ Australia. It is inspired by John Ibrahim’s memoir chronicling his rise from a poverty-stricken Lebanese immigrant with no education, no money and no prospects to Australia’s most infamous nightclub mogul. Additionally, in the past year, we’ve funded development on Shankari Chandran’s emotional thriller Song of the Sun God with Olivia Hetreed (Girl with a Pearl Earring,Wuthering Heights) currently writing the screenplay.

TV DRAMA: How closely, in general, should a TV adaptation stick to the original source material?
MISSELBROOK: This really varies from project to project. Of course, you don’t want to lose the elements of the source material that make it interesting in the first place, but inevitably you have to afford creatives some artistic license to create the best possible show.

TV DRAMA: When possible, is it best to have the author/estate involved in the adaptation process?
MISSELBROOK: Again, this varies from project to project. On one hand, you see very successful adaptations that have been written for the screen directly by the original author—for example, Irvine Welsh’s Crime. But also, there is a great pool of screenwriting and production talent out there who are more than capable of reworking books for the screen and come with that specialist experience in doing so.

TV DRAMA: How is the company working to scout and secure the best book-based IP?
MISSELBROOK: We have strong relationships with our production partners, working closely with them to identify IP that we think will have global appeal. Our independent status and scale allow us as a company to act quickly and aggressively when we identify great IP, and we are focused on building strong relationships with publishers and literary agents to get us ahead of the crowd.

TV DRAMA: Is there added pressure to do a story justice when you know fans of the original may be critical?
MISSELBROOK: It’s always a challenge to do justice to the original source material, but equally, there is an opportunity to bring a successful book to the screen so that it resonates with an audience familiar with the IP—and just as importantly, can find a new audience. TV generally has a more limited scope to play out the material than a book, because you have a fixed number of hours to work with, but clearly, a big part of why we’re in a time of great television is down to the fantastic storytelling, on- and offscreen talent and production values.

Kristin Brzoznowski is the executive editor of World Screen. She can be reached at kbrzoznowski@worldscreen.com.
Previous Production Begins on New BBC Thriller
Next Shahid VIP Debuts Billy the Kid in MENA 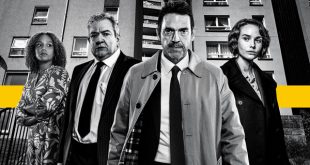 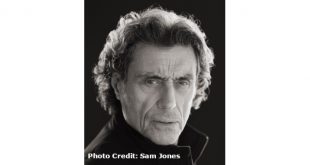 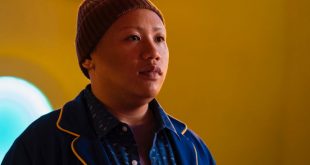 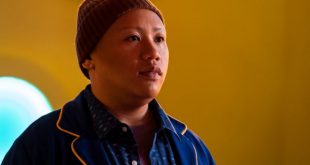 Hulu, Amazon’s Prime Video Sign Up for Reginald the Vampire 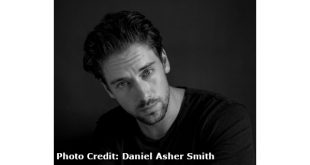 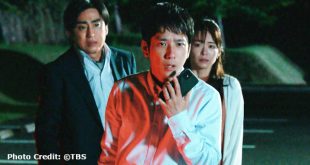 My Family, a new ten-part Japanese thriller series starring Kazunari Ninomiya (Letters from Iwo Jima, Killing for the Prosecution), is slated to debut on May 25 on Disney+.