TORONTO: Alongside launching original series from Pivot, including HitRECord on TV!, Raising McCain, Jersey Strong and Take Part Live, Tricon Films & Television is also presenting the new IFC series The Spoils of Babylon and The Birthday Boys as well as a slate of other comedy, lifestyle and factual series. New series include Extreme Collectors, … 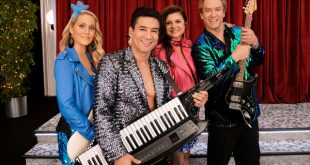 The new Saved by the Bell series is to premiere on W Network in Canada on November 26 with back-to-back episodes, paired with a special presentation of the inaugural episode on Global.