TORONTO: Shaw Media and Shaftesbury’s digital studio, Smokebomb Entertainment, have aligned with brand agency shift2 and Schick Quattro for Women on MsLabelled, a fashion-focused, multiplatform comedy series. The 20×4-minute show features and is executive produced by Jeanne Beker (Fashion Television). Designed to transmit both online and on air, MsLabelled is a vlog-style comedy series set … 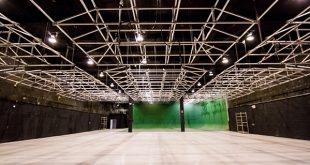 Bell Media has picked up a minority stake in Montreal-based Grandé Studios to drive the creation of French-language content in Québec.

Frontlines
Designed by HattanMedia.com
© Copyright 2020 WSN Inc. All Rights Reserved.
No part of this website can be used, reprinted, copied, or stored in any medium without the publisher's authorization.