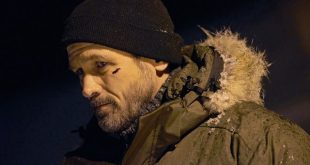 Kew Media Group has acquired the Toronto-based producer Sienna Films, which is behind such scripted hits as Cardinal.