Facebook alum Jordan Banks has been appointed president of Rogers Media, effective September 9, while Rick Brace, who has served in the role since 2015, will retire from the company at the end of the year.

Kristin Brzoznowski is the executive editor of World Screen. She can be reached at kbrzoznowski@worldscreen.com.
Previous Modern Family EP Boards Children Ruin Everything
Next CMF Adds Chief Strategy Officer to Executive Team 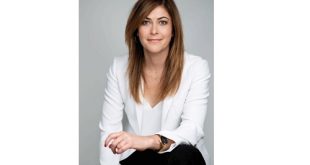 Mia Desroches, who most recently served as director of content distribution partnerships at CBC & Radio-Canada Distribution, has been appointed VP of international distribution at KOTV.

PrestonPlayz
Designed by HattanMedia.com
© Copyright 2022 WSN Inc. All Rights Reserved.
No part of this website can be used, reprinted, copied, or stored in any medium without the publisher's authorization.