TORONTO: Phil King, formerly the president of CTV sports and entertainment programming, has been named senior VP of distribution for Canada at Sony Pictures Television (SPT). 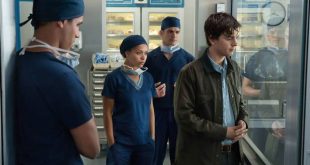 TORONTO: Breakthrough Entertainment has expanded through the establishment of a production and distribution unit dedicated to faith-based film and television content and has also secured a three-picture deal with Reel Deal Guys Entertainment.