The boot camp is led by writer and executive producer Anthony Q. Farrell and will include special guest instructors and panelists from the U.S. and Canada. It has been co-designed by writer and producer Jinder Oujla-Chalmers with support from BIPOC TV & Film.

The program will train up to 50 Canadian BIPOC writers on best practices in managing and staffing their writing rooms, managing production and post-production schedules and managing relationships with stakeholders, including production companies and broadcasters. Participants will also be invited to observe Farrell showrun during one of his upcoming TV series writing rooms.

“A nice thing about the Canadian entertainment industry right now is that more doors are opening for BIPOC creators,” said Farrell. “It’s a beautiful thing. What I’m noticing though, is that many of those creators are being thrown into showrunning without any real preparation or support. The goal of this program is to get mid- and upper-level writers ready for the jump to showrunning, demystify elements of the role that are new to them and inspire them to take creative control of their series. We’ll go through the nuts and bolts of the job so they’re mostly ready for the opportunity if and when it arises.”

“There are a growing number of excellent training programs geared for entry-level BIPOC creatives, however, none are focused on leveling up experienced writers,” says Kadon Douglas, Executive Director of BIPOC TV & Film. “We are not only entry-level or emerging. We are also mid- to senior-level creatives who are ready to take the lead. Through this BIPOC TV & Film Showrunner Training Bootcamp, we are equipping our community with the knowledge and business acumen to hold their own and revolutionize Canadian content. Knowledge is power; an investment in career advancement for mid- to senior-level BIPOC creatives is key to transforming and modernizing the industry.”

“It was a painful experience creating my own television series, being given a green light, only to have the ‘showrunning’ position go to someone else. I’ve found throughout my writing journey no one ever talks about what the showrunner’s task really is. Like it’s a big secret that nobody is willing to reveal,” said Oujla-Chalmers. “The truth is, I believe anybody who creates their own show should be given the opportunity to see their vision through. Anthony and I created this showrunner program to give people the opportunity to hear from the experts so that they can learn and expand their knowledge of what it takes, and not be afraid to run their own shows.”

Kristin Brzoznowski is the executive editor of World Screen. She can be reached at kbrzoznowski@worldscreen.com.
Previous fuboTV Picks Up Seria A & Coppa Italia Rights
Next Tubi Adds FOX Titles to Canadian Library 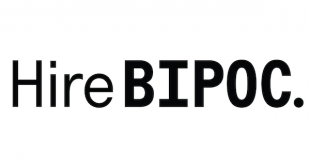 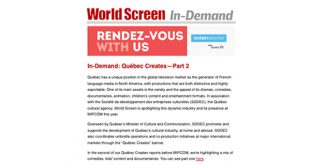 Dining with the Enemy
Designed by HattanMedia.com
© Copyright 2021 WSN Inc. All Rights Reserved.
No part of this website can be used, reprinted, copied, or stored in any medium without the publisher's authorization.