SYDNEY: Australia’s Network Ten has unveiled its programming plans for 2016, featuring a lineup of new and returning local and international titles for multiplatform delivery. The network’s local productions will include the new reality series Australian Survivor and Long Lost Family; the drama The Wrong Girl; Brock, a two-part television event; the local adaptations All …

The leading source of information for the international media business.
Previous Cheryl Boone Isaacs to Speak at ScreenSingapore 2015
Next ABS-CBN’s Charo Santos-Concio

ActiveTV to Focus on Format Creation 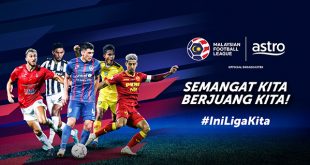