Jason Monteiro is joining WarnerMedia to serve as general manager of HBO Max in Southeast Asia, Hong Kong and Taiwan.

Monteiro will be responsible for the day-to-day operations of WarnerMedia’s direct-to-consumer businesses in those markets, including the content experience, brand, marketing, subscriber management, digital partnerships and data analytics. From WarnerMedia’s Singapore base, he will oversee the HBO GO streaming service and eventually the launch of HBO Max in those markets (although a date has not yet been set for the platform’s regional rollout). Monteiro was most recently director of AVOD at Shahid in the Middle East. Previously, he was general manager of Indonesia and Malaysia for iflix.

Monteiro will report to Johannes Larcher, head of HBO Max International, for now until a new managing director for the region is appointed. Amit Malhotra, who was tapped as managing director of HBO Max in Southeast Asia and India just last summer, left the organization at the end of the year.

“Jason arrives at HBO Max with a proven track record of building and growing subscription services across Asia and other important global markets,” said Larcher. “He’s a passionate leader known for building and inspiring high-performing teams, and I’m eager to see his leadership in action as he steps into his new role today.”

Mansha Daswani is the editor and associate publisher of World Screen. She can be reached on mdaswani@worldscreen.com.
Previous Disney+ Unveils New Content from Asia
Next GMA Network Unveils 2022 Lineup 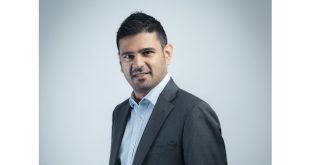 The pan-regional OTT video streaming service Viu has expanded its roster of originals across Asia, with some 30 shows slated for production.