HONG KONG: Season two of The Walking Dead returns to FOX Movies Premium in Hong Kong and Southeast Asia on March 9, and will be back for a third season later this year of 16 fresh episodes. The Walking Dead‘s season two premiere in the U.S. delivered 7.3 million viewers last October. The U.S. midseason …

The leading source of information for the international media business.
Previous AXN Beyond to Become beTV
Next China’s Leading Video Websites to Merge 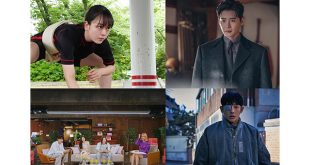