SYDNEY: The Australian streaming service Stan has inked an exclusive multiyear licensing pact with Warner Bros. International Television Distribution that adds hundreds of hours of new content to the platform, including all ten seasons of the classic comedy Friends. Among the new series premiering exclusively on Stan this month are iZombie, Constantine and season three …

The leading source of information for the international media business.
Previous Trio of Channels Join Videocon d2h Platform
Next New Head of Content Sales in Place at Seven Network 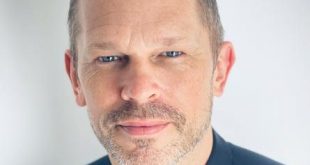