In this newly created role, Harper will lead the team that supports all physical productions with external production partners. Additionally, Harper and her team will work in tandem with their counterparts at Universal Studio Group to support all internal productions across NBCU’s broadcast, cable and streaming platforms: NBC, Bravo, E!, Oxygen, SYFY, Universal Kids, USA Network and Peacock. Team responsibilities include reviewing production budgets and assessing plans, managing asset deliveries, ensuring compliance with NBCU production standards, providing oversight and acting as a liaison between producers and all internal departments. Harper will report to into Entertainment Content Chairman Susan Rovner.

Harper most recently served as executive VP of scripted production at Fremantle North America. In her role, she functioned as the head of production for all the studio’s scripted content, where she built a full division within the studio, developing plans for both domestic and international productions worldwide. Prior to this, Harper spent most of her career at Starz, where she rose through the ranks and most recently served as executive VP of original production.

Rovner said: “As the entertainment content team expands its production scope across our eight platforms, we needed to create a role that would expertly manage our portfolio-wide support. Melissa’s experience overseeing large teams on productions of all shapes and sizes makes her the perfect fit within our new structure and I am thrilled to have her at NBCU.”

Chelsea Regan is the managing editor of World Screen. She can be reached at cregan@worldscreen.com.
Previous Turkish TV Festival Now Live
Next MIPTV Spotlight: Incendo 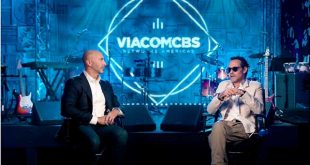