LONDON: Jeremy Clarkson will not be returning to the BBC's Top Gear, Director-General Tony Hall said today. "It is not a decision I have taken lightly," Hall said. Clarkson has been axed following an altercation with a producer. The show is one of the BBC's biggest brands and has been a strong seller for BBC … 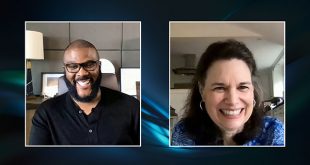 Tyler Perry, the honoree of this year’s World Screen Trendsetter Award, weighed in on the importance of content ownership, the power of television to change attitudes and his model for COVID-19-safe production in his MIPCOM Online+ keynote conversation with Anna Carugati.