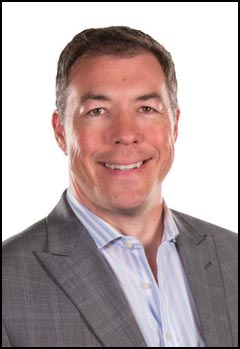 WS: What’s guiding the current programming strategy for Global?
REEB: In keeping with its name, we want Global to be the broadest platform possible—the place where you start watching television because it always has something relevant to you, whether it’s our local news or big prime-time shows that cater not just to one person’s tastes but can be watched together with family and friends. Global has been building momentum for several years. Last fall, we celebrated being Canada’s number one network in core prime time, at the same time as we saw continued rapid growth on Global’s digital platforms. We’re focused on schedule efficiency and multi-platform rights, and we want our studio partners to know that Global is the best place for their shows in the Canadian market. The proof is in how many of our series over-index in audience share even versus how they perform in the U.S. and other countries.

WS: How is the 2022-23 prime-time lineup a reflection of that strategy?
REEB: This [past] fall we acquired some of the most sought-after new dramas, including new lighthearted drama So Help Me Todd, starring Oscar winner Marcia Gay Harden and Skylar Astin. Also new to the lineup is the action-packed drama Fire Country from the producers of Grey’s Anatomy and starring Max Thieriot, who Global audiences recognize from SEAL Team. Then, we have the multigenerational musical drama Monarch, starring another Oscar winner, Susan Sarandon, alongside Trace Adkins and Anna Friel. For reality, the new romance adventure The Real Love Boat joined Canada’s number one series Survivor on Wednesday nights. Returning to the Global schedule are sophomore seasons of 2021’s breakout hits CSI: Vegas, NCIS: Hawai’i and Ghosts with new seasons of hits like the FBI franchise, The Equalizer, New Amsterdam and 9-1-1. For laughs on Global, comedy Home Economics joined Global’s comedy lineup with the return of the critically acclaimed Abbott Elementary.

WS: Tell us about the mix of commissions and acquisitions for Global. What’s generally the balance?
REEB: The fall season is typically where we lean heavily into our new acquisitions and returning hits from our studio partners. Part of that is a function of the Canadian market, where we face the unique challenge of having U.S. over-the-air channels available on cable, so to protect our program rights, we need to air our acquisitions in the same time slots. We’re very pleased to have a fall schedule featuring 16.5 hours of simulcast with four out of seven days entirely simulcast in prime time. Maximizing these available audiences is key to ensuring the success of Global’s premium Canadian content, which we look to schedule in slots with strong lead-ins. Audiences can look forward to seeing more of our commissions like Family Law and Robyn Hood hit the Global schedule in early 2023 along with our blockbuster homegrown hit Big Brother Canada, back for season 11.

WS: In terms of commissions, what are the types of projects that Global would want to be involved in as a commissioning partner?
REEB: When looking for commissions, we are focused on premium content, supporting a diverse range of homegrown voices and working with industry-leading partners. Our library of original content continues to expand, telling distinctively Canadian stories that resonate with audiences across the country. We are all very excited about the new original scripted series Robyn Hood. As a modern, edgy interpretation of a classic legend that feels relevant to today, Robyn Hood is unlike any series we’ve launched on Global. The series is created by acclaimed filmmaker Julien Christian Lutz, aka Director X, and written by award-winning screenwriter Chris Roberts, and we look forward to seeing this contemporary story come to life.

We also announced that audiences will be getting more of Abby Bianchi and the Svensson family with the season three renewal of legal procedural Family Law. Global also has two seasons of the critically acclaimed limited series Departure.

WS: With regard to acquisitions, what are you on the lookout for, what works best for the Global viewer, and what’s the strategy for U.S. fare?
REEB: We think we have a proven ability to help good shows become hits and help hit shows get even bigger. So, we are looking for series that can be known in the market as Global shows, not that some fans associate with us and others with a competing streamer. The Global brand is synonymous with mass-appeal television and, as I said earlier, we want international studios to see us as the best place in Canada for their content. That holds true for both linear and digital, as evidenced by the growing success of the Global TV app and of Global’s leading role in our streaming bundle StackTV.

WS: How is Global positioned in the Canadian market? And what’s the strategy as you look ahead at the next year or two to maintain and/or strengthen that positioning?
REEB: A big part of our success is that in our 15 local markets across Canada, Global is known first and foremost as a trusted source of local news and is deeply connected to audiences where they live. That gives us a big head start in connecting the world’s best programs to Canadian communities. Global is once again in a strong position with many returning hit series anchoring prime time. Last fall, Global was number one in core prime time and audiences were up 28 percent. Global also had the top three programs last fall with Survivor, 9-1-1 and CSI: Vegas and ten of the top 20, more than any other broadcaster. With our new acquisitions, we are able to bolster our winning lineup with some of the most-anticipated new shows powered by major stars, including Oscar winners Susan Sarandon and Marcia Gay Harden, plus Skylar Astin, Max Thieriot and Topher Grace.

Kristin Brzoznowski is the executive editor of World Screen. She can be reached at kbrzoznowski@worldscreen.com.
Previous Netflix Greenlights Jamie Demetriou Comedy Special
Next Mark Parker Elected Chairman of The Walt Disney Company 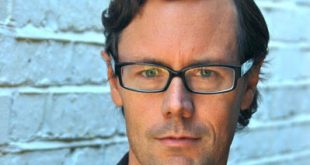 Jeff Norton’s Dominion of Drama Ties Up with Corus Entertainment 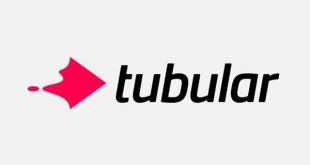 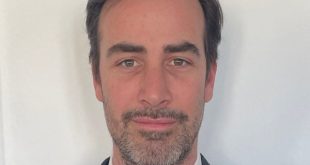 Banijay has bolstered its central leadership team with the appointment of Stéphane Préfol as head of M&A.