Cinedigm has relaunched its AVOD service Viewster, and the app is now available worldwide on select ZEASN-supported Philips TVs.

Viewster was relaunched through joint efforts with ZEASN. The partnership establishes Cinedigm’s entry into the international marketplace, while making the company’s content easily accessible through the major TV manufacturers. In addition to the ZEASN-supported Philips TVs, Cinedigm’s roster of digital-first networks now has distribution across several other TV manufacturers, including Samsung, Vizio, Hisense and LG, among others.

“Cooperation with ZEASN to relaunch the Viewster App is a meaningful milestone, and it also presents Cinedigm with an incredible opportunity to distribute our unique programming offerings to one of the major television manufacturers in the world,” said Tony Huidor, Cinedigm’s senior VP of product and technology. “Philips’ wide distribution of their television hardware across major international territories will be integral to our strategy as we work to establish a global footprint, introducing both our digital networks as well as our proprietary Matchpoint Blueprint platform to new markets on one of the world’s leading television brands.”

Jason He, CEO of ZEASN, said, “We are excited that the Viewster App has been successfully relaunched with the help of ZEASN’s services. ZEASN has been committed to providing the best smart home services for Internet users around the world. The Viewster App newly built by Cinedigm will bring a better user experience to Philips’ smart TV users, and will help ZEASN to build a more complete Whale Ecosystem in the smart home industry.”

Alison Skilton is an associate editor of World Screen. She can be reached at [email protected]
Previous A+E Networks Enters First-Look Pact with OZY Media
Next Seth MacFarlane Signs Mega Deal with NBCUniversal 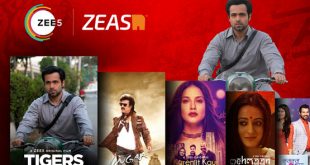 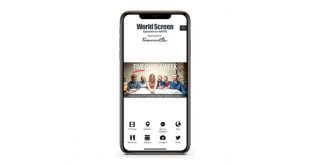 The World Screen app is now updated for NATPE, delivering program listings, news and a range of resources to help you make the most out of your time in Miami.