Founded more than ten years ago by Michael Hong and David Chu, DMR has more than 7,500 titles under distribution and operates ten channels, six of which are available as FAST channels or VOD apps.

The company also operates an ad network and marketplace that garners more than 100 million connected-TV impressions a month, with an average ad completion rate of 95 percent.

Upon completion of the deal, Cinedigm’s library will increase to more than 46,000 hours of premium film and television content, with the addition of seven new proprietary channels. It will gain an estimated 40-plus million monthly viewers, 18.5 million social subscribers, 4 billion views and 13 billion minutes viewed annually.

Cinedigm plans to expand DMR’s advertising network and the distribution of its catalog by migrating its library to the Matchpoint platform. The company also plans to leverage DMR’s social media division to grow engagement and followers of its own streaming channels on the leading social media platforms. The ultimate goal is to establish a new ad revenue stream for the company and grow Cinedigm’s SVOD, AVOD and FAST channels.

“DMR’s top-notch management team, high-quality channels and film and TV library perfectly complement our own strengths and our mission of serving enthusiast audiences,” said Chris McGurk, chairman and CEO of Cinedigm. “When you consider the other key additive components from this deal, including the global reach of DMR’s expansive social media efforts, we are well-positioned to not only reach a rapidly growing new audience in the short-term but also to expand the scale of a larger Cinedigm umbrella channel strategy in the long run. We expect this acquisition to be immediately accretive, and the leverage of Cinedigm’s technological efficiencies and expansive portfolio of assets will spur significant additional growth.”

“Rarely do you find an acquisition that is as complementary as DMR,” added Erick Opeka, president of Cinedigm Networks and chief strategy officer of Cinedigm. “This portfolio of channels and content immediately provides increased scale, strengthens the content offering on our flagship services, provides critical growth and marketing capabilities via social, and gives us a new foothold into the direct ad sales and streaming live television businesses. We look forward to starting out the new fiscal year with the people and assets we need to meet the growing needs of our viewers, platforms and advertisers.”

Chu, co-founder and CEO of DMR, said, “The strong synergy between Cinedigm and DMR is readily apparent, and by working together, we can continue to deliver and further scale our top-notch, curated streaming channels to our audiences in a way that builds a true sense of community. The team at DMR is proud to have built an impressive lineup of channels and offer content that can meet the rising demands of audiences around the world, including fans of incredibly popular Korean dramas, Japanese anime and Chinese TV, as well as arthouse, romance and horror movies. It’s why we’re thrilled to align with this key industry player and are looking forward to a future with even more expansion opportunities.”

“Today’s deal with Cinedigm marks a watershed moment for David and I,” added Hong, co-founder and chairman of DMR. “As entrepreneurs, we’re incredibly excited to see more than a decade of hard work fueling the ongoing growth of DMR now culminating in this acquisition which will provide the foundation to take the company to even more heights.”

Jamie Stalcup is the associate editor of World Screen. She can be reached at jstalcup@worldscreen.com.
Previous 2021: The Year in Review
Next Vuulr Sales Up 205 Percent in 2021 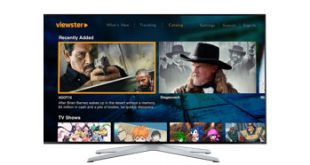 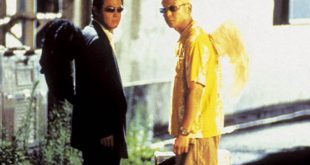 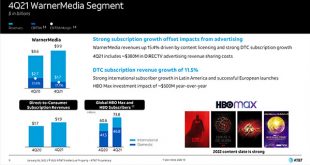