Mike Hopkins, senior VP of Amazon Prime Video and Amazon Studios, discussed the importance of international growth for the service in his APOS Virtual Series keynote today and weighed in on how shutdowns have impacted the service’s pipeline.

Hopkins joined Amazon this year after running Sony Pictures Entertainment and Hulu in the U.S. On the opportunities ahead for Amazon Prime Video, Hopkins said, “Growth for us lies in international territories. Long before I arrived they made some really smart investments in serving customers around the world. We intend to double down on that investment in the next couple of years. You’ll see us continue to produce more global and local content. That’s critical. People in many countries have an affinity for U.S. content, but increasingly customers are going to want to see stories about their local cultures and issues, written and produced by people in their countries and played out by actors who look like them. We’re investing a lot in local programming. The team has done a great job in building a home for talent, attracting top creators all over the world. We’re making smart investments in SVOD content and TVOD catalogs. And our sports team has been reinventing sports in many markets and you’ll see us do a lot more in that area over the next few years.”

The other key opportunity is investing in the customer experience, Hopkins explains. “We have probably the most complicated business model of the SVOD players. We have a variety of business models. That makes the customer experience even more important for us. How do we make smart recommendations to make it easier to navigate for customers to see the content they love and want to enjoy. We’re prioritizing that experience as much as content right now. You’ll see us make some big improvements in terms of how people use the service over the next year.”

On the Amazon Channels offering, Hopkins noted that the slate, along with TVOD, equals an “increased selection for our customers. We have our SVOD content, but giving an opportunity to provide local channels for customers to choose [makes] Amazon Prime Video a one-stop shop that customers can come to first for their entertainment experience and find variety. Channels is going to be a big part of our future.”

As for production delays, Hopkins said, “We had to pause 69 productions back in March. We’re fortunate to have a strong pipeline in place. Like most of fellow SVODs and networks around the world, I’m sure there will be thinning of content, so we’ll have to be strategic about what we put on and when we put it on next year. We’ve done a good job of pivoting and providing additional content and being opportunistic in various markets around the world.”

As for returning to production, Hopkins said, “We’ve taken an approach of really prioritizing safety. We started with two things. One, to get educated. We wanted our production executives and our crews and casts to be able to understand the science of what’s going on. We’re learning every day. We partnered with medical experts to create a safe return to production plan. We’re happy with the plans we have. The second thing is just being deliberate in developing the systems and protocols to get back into production. Everything from rapid testing and frequent testing, making sure people are physically distancing as much as possible; sanitation and other measures to keep people safe. Like everything, you just have to be nimble. We’re all going to have setbacks. You have to plan for those too. I’m sure we’ll have situations where we have to pause again.”

Hopkins said he was confident about the company’s “deep library” and existing pipeline. “We’ve licensed a lot of content, we still have new originals coming on the service. We’re going to all see a slowdown in new premieres probably in the first half of next year. But from an SVOD standpoint, I think we’re in great shape. The place where we have an advantage is Channels and TVOD. To the extent we have a lack of content in SVOD, we also have all the new movies you can rent or buy, channels you can subscribe to. That increased selection is a real advantage for us if there are going to be months where we don’t roll out any new premieres because of the pause in production.”

On international opportunities, Hopkins stressed, “International growth is paramount. We’re really well penetrated in the U.S. and still growing aggressively. A couple of years ago we lit up 200 countries around the world with Prime Video. We’re being thoughtful and deliberate about which countries within that set of 200 we are investing in more aggressively in terms of local originals and local licensing. We’re producing original series in about 15 countries outside the U.S. We look at a variety of factors for what is the next set of countries to start investing in locally. We are part of the Prime retail membership so a lot of is tied to where Prime is going to go next. But that’s not the prerequisite. There will be an opportunity to have Prime Video as a standalone offering in certain countries as well. We look at broadband penetration, the propensity of customers to buy more SVOD services. We’ll be aggressive and selective at the same time.”

On originals outside the U.S., Hopkins said, “We believe you have to have a vibrant local offering in territories, so people on the ground, local executives, working with local talent. Every year we’re going to add two, three, four new original shows or more in every one of those 15 markets. Fast forward two or three years, we’ll have a dozen or more originals in each of those markets we’re in, if not more. We were in early in India and we’re going to continue to be super aggressive there and ramp that up. We’re doing a lot in Japan as well. In India, Bollywood and more premium scripted are doing well for us; in Japan, it’s the local unscripted content. It’s different in each market, which is why you have to have that local presence with local sensibilities.”

Mansha Daswani is the editor and associate publisher of World Screen. She can be reached on [email protected]
Previous Apple & Mariah Carey Team for Christmas Special
Next WarnerMedia’s Gerhard Zeiler Talks Restructure, HBO Max at APOS 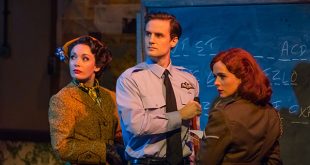 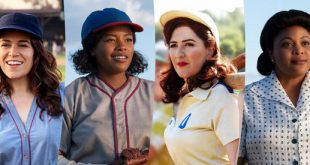 Amazon Studios Pacts with Lizzo, Orders A League of Their Own Reboot 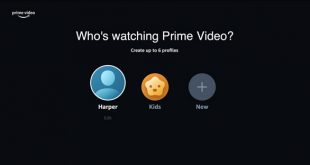 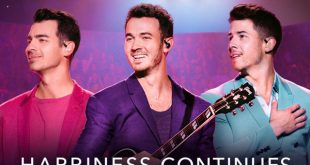 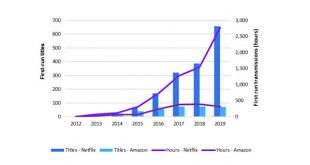 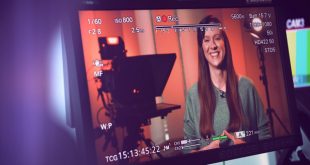 Ruptly has established Ruptly Academy, a new virtual school that aims to discover the next generation of journalism talent.