IMG-owned Sport 24 has renewed its agreement with UEFA to broadcast the UEFA Champions League and UEFA Europa League for three more years on its 24/7 live sports channel for the in-flight and in-ship industry.

Chelsea Regan is the managing editor of World Screen. She can be reached at cregan@worldscreen.com.
Previous Vuulr Pacts with MEDIAGENIX for Monetization Platform
Next Susan Arnold to Succeed Bob Iger at Disney 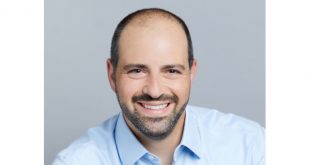