LONDON: Zodiak Rights has added to its catalogue the new series A Royal Renaissance: Changing Lives, narrated by HRH Prince of Wales, via its first-look deal with the Scottish indie B4 Films. A 2×1-hour series is currently in production, shot over three years with unprecedented access. It tells the story of an abandoned Stately home … 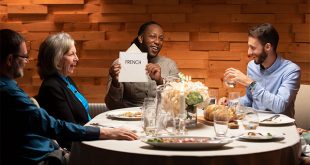 Gusto TV has rolled out worldwide on OneHubTV as part of its HUB Premium Package on OTT for linear channels and VOD.